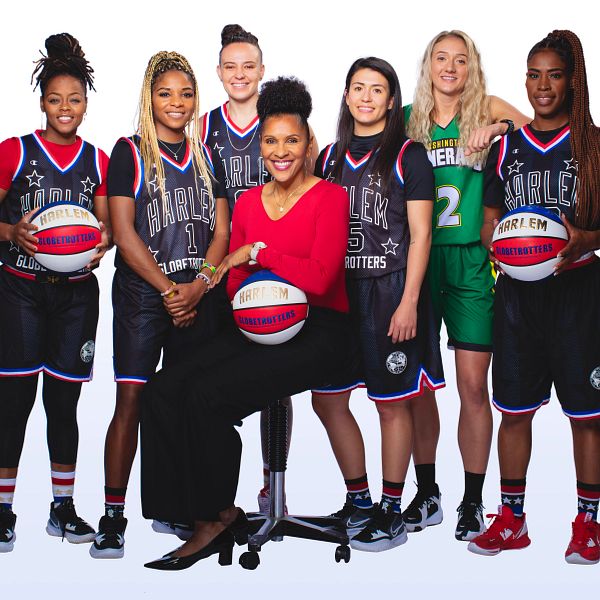 Ms. Woodard, is also a two-time Olympic Gold Medalist, a former WNBA great, and a member of the Naismith Memorial Basketball Hall of Fame, and the first female player for the Harlem Globetrotters. She will support efforts to increase the representation of women athletes within the organization, help deepen the organization’s connection to former Globetrotters, and partner to bolster its global Goodwill Ambassador Initiative which focuses on doing work with partners in the areas of Education, Health & Wellness, Community Empowerment while continuing to grow the game of basketball across the world.

“This is a critical time for the Harlem Globetrotters as we look ahead to our upcoming 2023 World Tour, our 100-year anniversary in 2026 and the overall growth of our business,” said Dawkins. “To have an American sports icon like Lynette Woodard return as a Special Advisor at a time when we just increased the number of women athletes on our roster to largest in the organization’s 96-year history, is seismic!”

For the upcoming 2023 World Tour, the six women will include new players:

“I’m living proof that lightning can strike twice and it did with my return to this team that I have loved all my life,” said Woodard. “A seed was planted when I became the first female to join the Harlem Globetrotters. Now I can see the fruit of my joy with the largest group of women athletes to be celebrated in the team’s history.”

Lynette Woodard became the first woman to ever play for a men's professional basketball team when she signed with the Harlem Globetrotters in October 19851987. The six-foot guard was a four-time Kodak All-American (1978-81) and two-time GTE Academic All-American at the University of Kansas, where she averaged 26.3 points per game during her college career.  Woodard is also the all-time leading scorer in women’s college basketball with 3,649 points.

Woodard captained the 1984 United States Olympic team that captured the gold medal in Los Angeles, CA. She went on the play in the inaugural season of the WNBA for the Cleveland Rockers during the summer of 1997 and was selected by the Detroit Shock in the 1998 WNBA expansion draft. Woodard was presented with a Harlem Globetrotters "Legends" Ring in 1996.  She went on to be a twice inducted into the Naismith Memorial Basketball Hall of Fame, first with the Harlem Globetrotters team in 2002 and individually in September 2004.

The originators of basketball style, influencers on today’s game, and skilled athletes of the highest order, the world-famous Harlem Globetrotters have showcased their iconic talents in 124 countries and territories on six continents since their founding in 1926. Proud inductees into the Naismith Memorial Basketball Hall of Fame, their mission to spread game and bring entertainment to the world continues to drive them today. The Globetrotters are basketball innovators who popularized the jump shot, slam dunk and the half-court hook shot. For nearly a century, the Globetrotters have exhibited Black excellence on and off the court, entertaining, inspiring, and uniting families. The Harlem Globetrotters International, Inc. is a subsidiary of Herschend Enterprises, the largest family-owned themed entertainment company in the U.S. For more information about the Harlem Globetrotters, visit the Globetrotters' official website: www.harlemglobetrotters.com and follow them on Twitter, Instagram, Facebook, and YouTube.