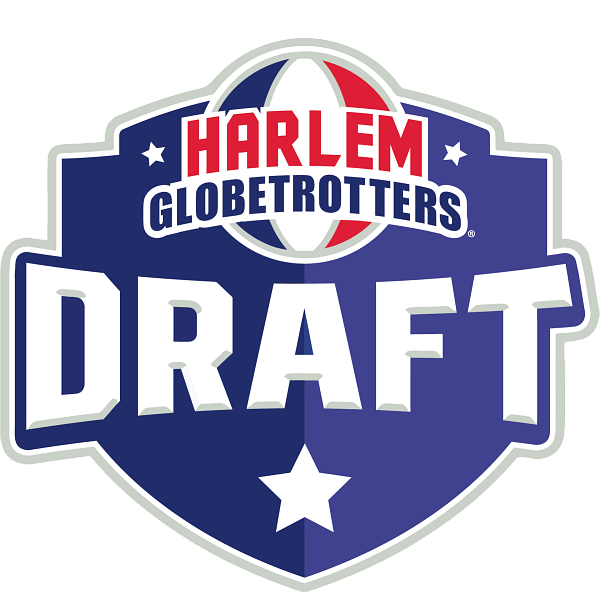 Every year, the Harlem Globetrotters host an annual draft welcoming notable figures to the iconic team. Draft selections embody the Globetrotter brand and are holding court in their own respective industries and community. This year’s explosive line-up features Hall of Famers,  best-selling authors, award-winning creators, and draft-eligible collegiate players.

For Issa Rae, the 90’s film, Love and Basketball was a strong inspiration while living as a young teen in South Central LA. Filmed in her neighborhood, she saw herself in the characters and behind the scenes. Notably important to Issa was the fact that the film was written and directed by a Black woman. It was at this pivotal moment that she fell in love with film and the woman the world knows as Issa Rae was cultivated. With her unique vision and infectious sense of humor, Rae first garnered attention for her award-winning web series and the accompanying New York Times best-seller, The Misadventures of Awkward Black Girl. She created and starred in the hit HBO show, Insecure, for which she has received multiple Emmy® and Golden Globe® nominations. Off-screen, Rae is on the advisory council for Goldman Sachs’ One Million Black Women Initiative and recently partnered with AirBNB to build economic impact in her childhood neighborhood ahead of Super Bowl 56. Rae has an infallible commitment to equitable health services, youth development, and job creation in the South LA neighborhood.

Dawn Staley is arguably one of the most decorated participants in United States women’s basketball history; and that’s just from her playing career. Before putting the South Carolina Women’s Basketball Team on the national stage with 2 championships and countless final four appearances, Staley led her team to four NCAA Tournaments, three Final Fours, and one National Championship game. She was named the ACC female athlete of the year and the national player of the year. Staley would go on to earn 3 Olympic Gold Medals and was the Flag Bearer for the United States in the Olympic Games Opening Ceremony in 2004. In 2012, the Naismith Memorial Basketball Hall of Fame inducted her into its 2013 Hall of Fame Class.

Shannon Sharpe, a Pro Football Hall of Famer who broke several records on the turf during his playing career; including 3 Super Bowl Championships and being the first tight end to collect over 10,000 receiving yards. He is now among the NFL1990’s All-Decade Team. Known for his authentic and edgy cantors, today Sharpe is a veteran TV sports analyst and currently the co-host of Skip and Shannon: Undisputed. He is also the creator and host of podcast, Club Shay Shay.

Alyssa Naeher is an American soccer goalkeeper for the Chicago Red Stars of the National Women's Soccer League (NWSL) and the United States national team. She was on the 23-player roster for the United States at the 2015 FIFA Women's World Cup and was the starting goalkeeper for the U.S. at the 2019 FIFA Women's World Cup in France. She has also played for the Boston Breakers and Turbine Potsdam. With the Breakers, she won the 2014 NWSL Goalkeeper of the Year award.

This 2022 Draft Class Inductee is no stranger to TV audiences. You may best recognize him from his roles on hit shows like CSI:NY or The Good Doctor. Hill Harper is an award-winning actor, best-selling author, and philanthropist who travels the world delivering action plans to underserved populations, addressing current affairs, and speaking on life-awakening topics to a wide array of audiences of youth, adults, and business leaders. No stranger to high-profile opportunities, Harper has fond memories of playing pickup basketball with Former President Barack Obama.

Jermaine Lamarr Cole, better known by his stage name J. Cole, is an American hip hop recording artist, record producer, and basketball player. Raised in Fayetteville, North Carolina, Cole initially gained recognition as a rapper following the release of his debut mixtape, The Come Up, in early 2007. In 2021, Cole took a hiatus from music to battle opponents on the court, playing for the Rwanda Patriots in the Basketball Africa League in 2021. In 2022, Cole joined the Canadian Elite Basketball League where he is playing guard for the Scarborough Shooting Stars.

"6’5” Marlon Taylor is known for dunking and taking alley-oop passes for highlight-reel slams.

Two of his alley-oop dunks made ESPN SportsCenter's Top 10 plays of the day during his collegiate career at LSU. Following college, Taylor found a basketball home with the NBA’s G-League and Liga Nacional de Baloncesto in Dominican Republic.

Grambling State University’s Prince Moss is a 6’7” two-sport athlete from Bessemer, Alabama. With the completion of his collegiate basketball career in 2022, he transformed his high-flying dunks into high jumps as a newest member of the university's track and field team. Chronicled by his coaches for his tenacious sportsmanship and ability to lead the team, Moss has become a staple contender in the SWAC Track and Field Division.

Started all season at UNC Asheville as a graduate student-athlete. 6’6” Evan Clayborne ranked second in the Big South and 46th in the nation with 1.7 blocks per game (33 total). Prior to his time at UNC Asheville, Clayborne spent a season at North Carolina Central, earning his undergraduate degree in Psychology. Appeared in 30 of the Eagles’ 31 games, racking up 15 starts.

Recognized as the shortest player to play Division 1 basketball, Darnell Rogers is a force on the court standing 5’2”. It was in high school that Rogers first drew the attention of NCAA Division I programs while playing for the CP3 All-Stars at the Nike Elite Youth Basketball League. During his collegiate career, Darnell played for UMBC Retrievers of the America East Conference and gained national attention during a game against LSU.