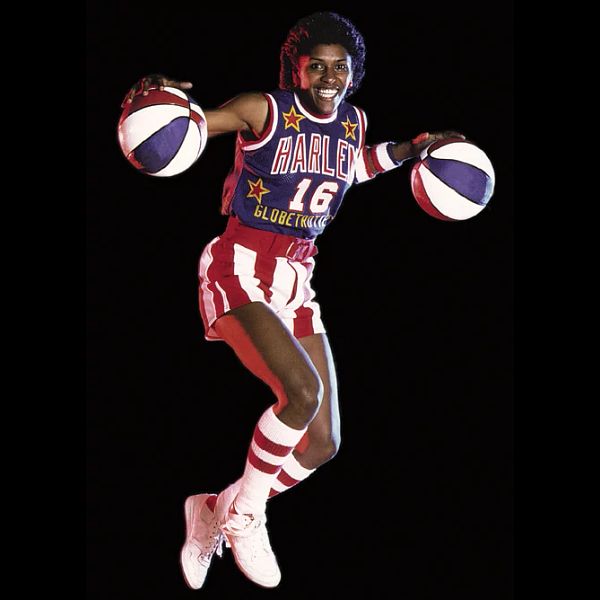 Lynette Woodard became the first woman to ever play for a men's professional basketball team when she signed with the Harlem Globetrotters in October 1985. The six-foot guard was a four-time Kodak All-American (1978-81) and two-time GTE Academic All-American at the University of Kansas, where she averaged 26.3 points per game during her college career. Woodard is also the all-time leading scorer in women’s college basketball with 3,649 points.

Woodard captained the 1984 United States Olympic team that captured the gold medal in Los Angeles, CA. She went on the play in the inaugural season of the WNBA for the Cleveland Rockers during the summer of 1997 and was selected by the Detroit Shock in the 1998 WNBA expansion draft. Woodard was presented with a Harlem Globetrotters "Legends" Ring in 1996. She went on to be a twice inducted into the Naismith Memorial Basketball Hall of Fame, first with the Harlem Globetrotters team in 2002 and individually in September 2004.

In December 2022, Lynette re-joined the Globetrotters as Special Advisor to the President, and is joined by the largest female roster in Globetrotters history!